Birds lay eggs at time intervals which depends on the species. But when incubation begins will determine whether hatching is synchronous or asynchronous.
It is asynchronous when the eggs hatch over several days. This staggered hatching is due to the fact that incubation begins as soon as the egg is laid. If eggs are laid, for instance, every other day, the first egg has already been incubated for two days when the second egg arrives and so on and so forth. So chicks are different in age and size.
Herons is one of the few groups of birds with immediate incubation, that is, incubation after the egg is laid and the rufescent tiger-heron, only heron which has been nesting for years in the reserve, is a good example. The three little tiger-herons still covered in down show the difference in size.
Rufescent Tiger-Heron
Tigrisoma lineatum 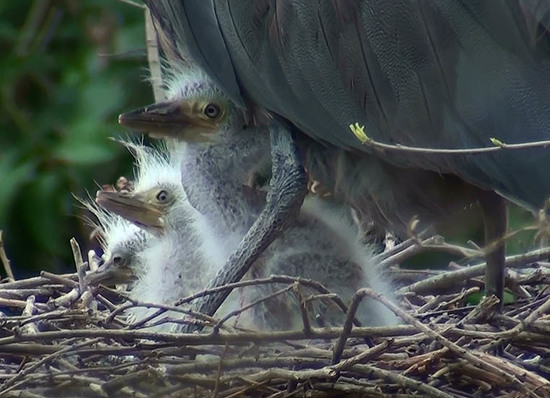 23-09-10 © Jorge García Vicente
It is synchronous when all chicks are born almost on the same day. In this case parents delay the onset of incubation till the last egg is laid. All chicks are the same.
Fulvous whistling-duck as an example of synchronous hatching
Fulvous Whistling-Duck
Dendrocygna bicolor 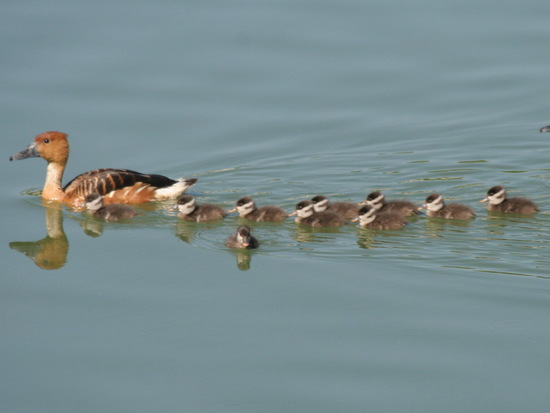