Order Hemiptera
Family Alydidae
The members of this family belong into the group of the true bugs. Their big head gives the name to this species. The antennae are characterized by an elongated and curved last antennal segment.
The adults are blackish or dark-coloured with showy colours hidden under the wings which are exposed to predators to warn them about their toxicity. The may have scent glands which produce a stink stronger than that of stink bugs.
The nymphs of some species are ant mimics. Ant mimicry or myrmecomorphy is a phenomenon by which certain insects mimic ants.
How to tell a true ant from a mimic? An experienced eye, just like Lucas's, immediately discards this specimen as an ant of this area. But apart from this, he gives us some other details to take into account. The eyes are very big. In ants eyes are normally small and never protrude from the head. The head is proportionally very small. The segment joining the thorax and the abdomen is too thick. In ants (and wasps) this segment is thinner. And the antennae, the most evident key, I would say. In ants the antennae have two long segments which are folded like an elbow. The basal segment is even, while the distal one is formed by several small segments. In this nymph four segments are seen. Clearly it is not an ant.
These hemipterans are not the only ant mimics. Dipterans, orthopterans, coleopterans among other orders, and outside the Class Insecta, the spiders also have ant mimics. So, next time when you think you are watching an ant, look twice to be sure. 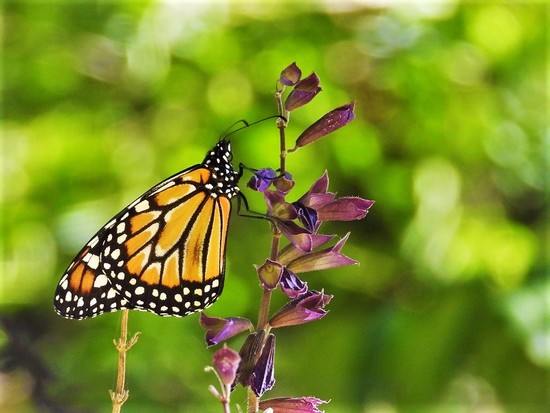 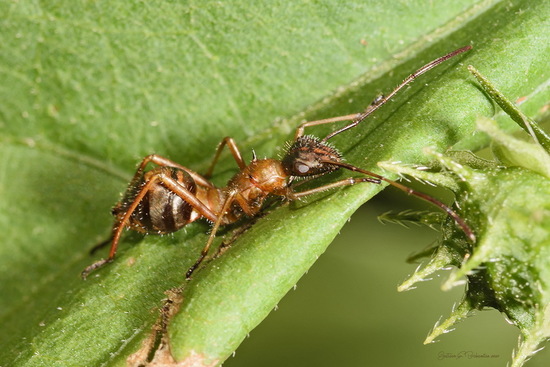