03-12-11 © Roberto Ares
The hummingbird flight is in plain sight different from that of other birds. This gilded hummingbird stays aloft in the air sapping up nectar. This type of flight is hovering carried to its ultimate since the hummingbird does not profit from the wind to move but it achieves this through muscular effort. It can stay aloft for a long period of time beating its wings up to 40 times per second. The lying eight trajectory of the wing is imperceptible to the human eye and can only be captured by means of special cameras. 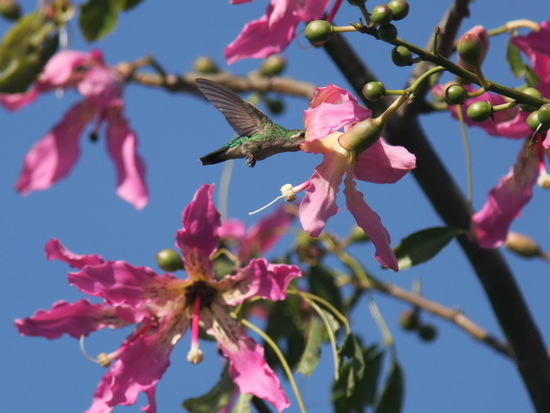 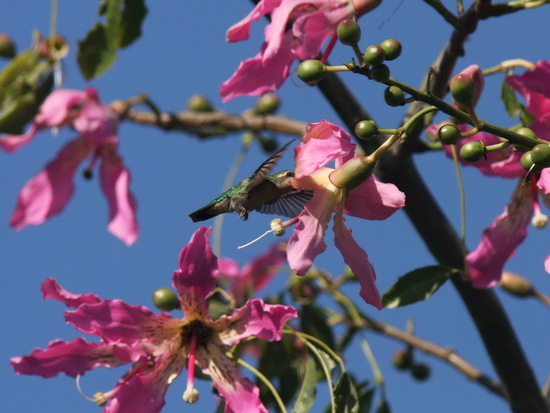 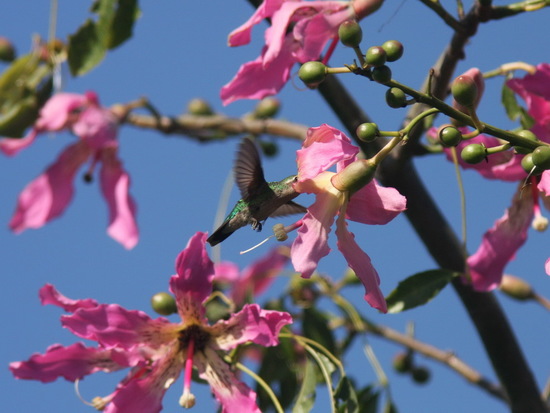 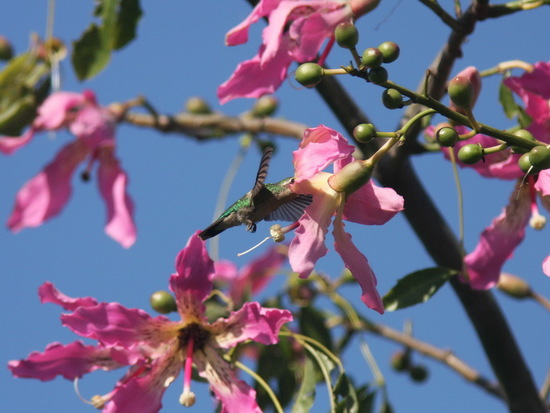 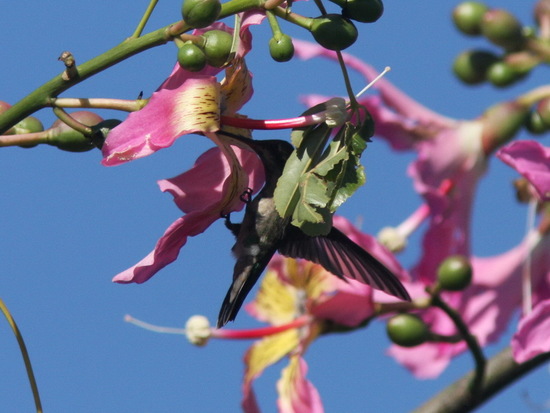 11-11-17 © Gustavo F. Brahamian
It can also perform hover-clasping flight. It may hold on to the flower when its petals provide a godd standing platform. The same female leaning on the silk floss tree and another one on a cock spur tree
In a lively way it wanders from one flower to the other in search for food. It moves forwards and backwards, zigzags, stops and accelerates abruptly, hovers, maneuvers sideways, and even turns upside down. Always beating vigorously. These distinctive features of hummingbirds are due to a bone and muscular structure which are unique to them. The humerus is reduced, so the hand occupies most of the wing. The wrist and elbow joints are almost locked, which results in an almost rigid wing. The specialized shoulder joint allows this atypical wing to rotate freely producing a complete stroke which draws a lying eight. It has eight ribs instead of six thus increasing stability. The muscles also present differences both in volumen and in composition. The two principal flight muscles attach to the keel, which is bigger in relation to that of other birds. A bigger keel implies bigger muscles. These are highly developed and formed only by red fibers, the necessary source of energy to perform this type of flight. 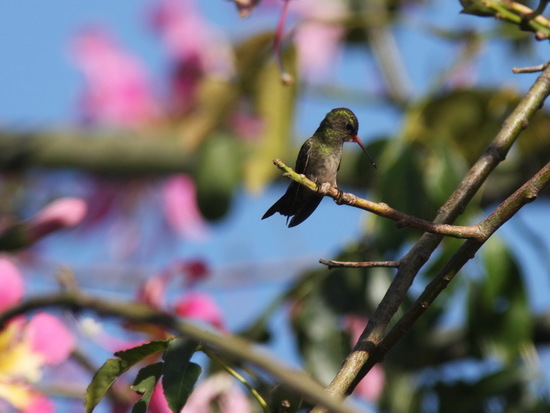 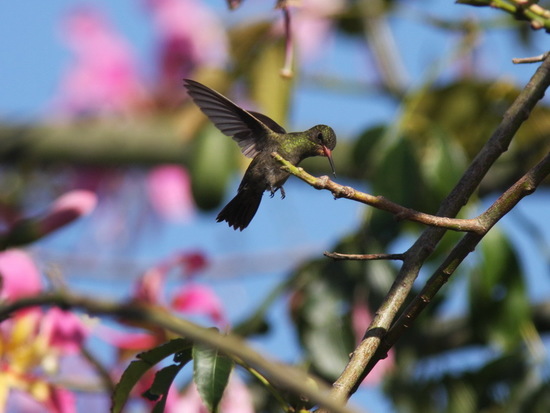 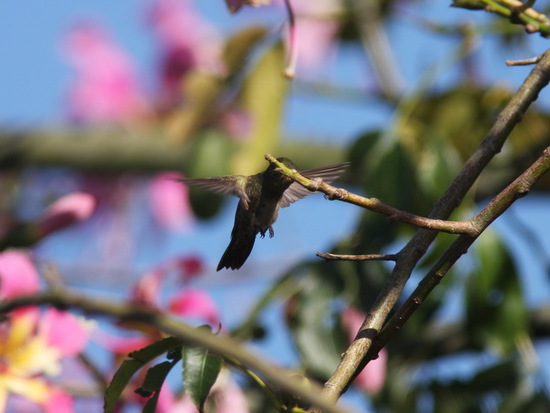 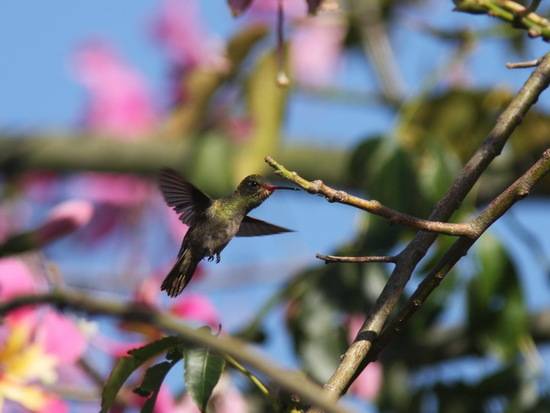 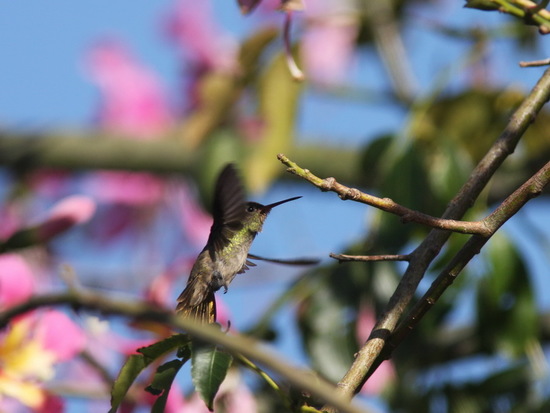 17-03-07 © Roberto Ares
Backward flight. No other bird is capable of doing this