These photos were taken during the bird survey on Ocotber 5th 2013. We were walking along the sidewalk when we saw a juvenile shiny cowbird soliciting food near a rufous hornero's nest. We stopped to see who the victim had been. A greyish baywing appeared with food to be delivered. But to our surprise the little shiny cowbird got nothing. The bird flew straight to the nest opening and gave the food to the chicks inside - there were two. 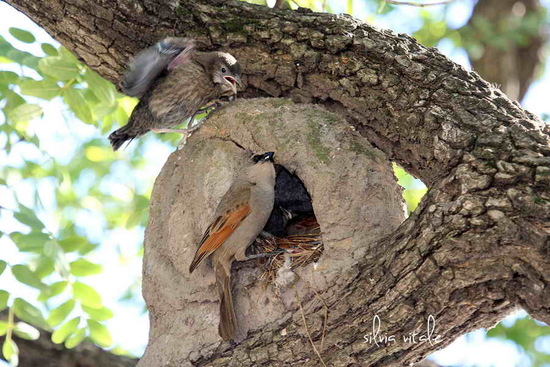 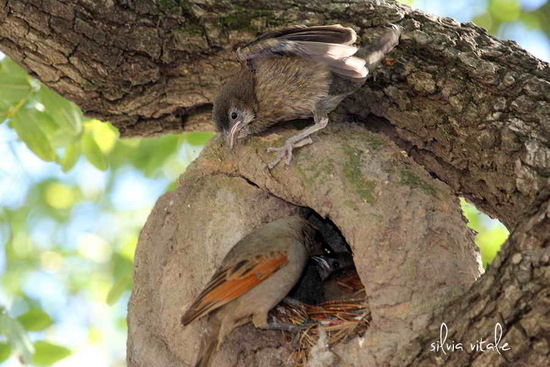 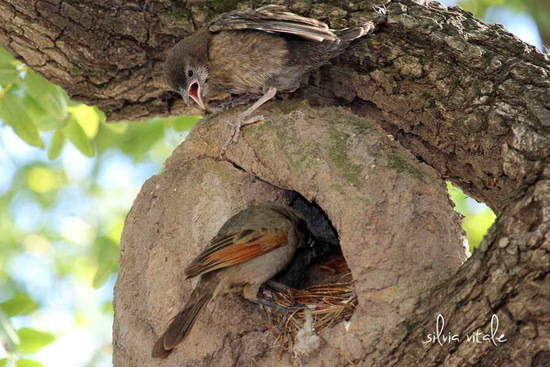 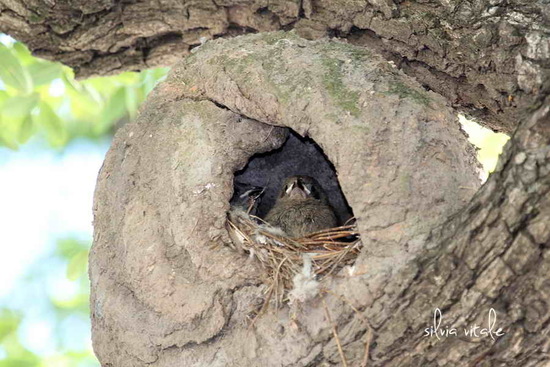 05-10-13 © Silvia Vitale
The greyish baywing flew away and a second individual (we ignored whether it was the same bird) appeared. The little cowbird flapped its wings vigorously and screamed to be seen, but again it received nothing. The action repeated several times and no matter how hard he tried he did not succeed. So, what did he do? He got into the nest. Unluckily we had to leave to go on with our task. 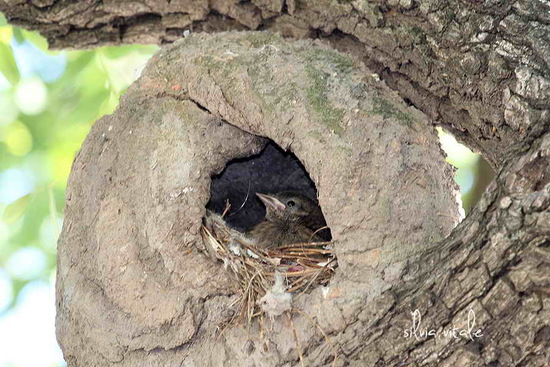