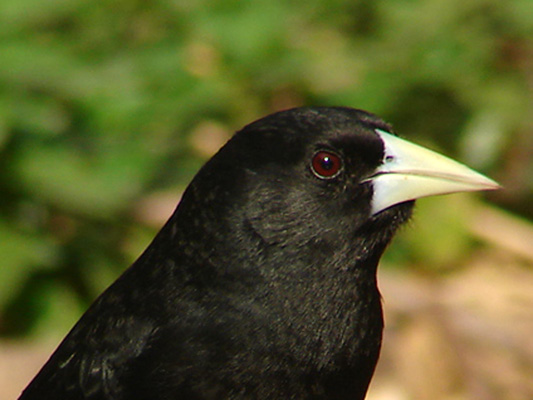 15-06-09 © Jorge García Vicente
The family Icateridae, to which the solitary black cacique belongs, is restricted to America, ranging from Alaska to Cape Horn. Many of its representatives can be observed at the reserve. Besides the cacique, the commonest ones are the variable oriole, shiny cowbird, greyish baywing, screaming cowbird, unicolored blackbird, chestnut-capped blackbird, yellow-winged blackbird, scarlet-headed blackbird.
The solitary cacique´s bill is massive, conical and very eye-catching since it is ivory-coloured and contrasts sharply with the black plumage. A good clue which, together with the size of this bird (24 cm) and its striking and dissonant voice, helps locate and identify it easily.
The Solitary Cacique feeds on insects, which it searches for inside branches. It uses the technique known as "gaping". It inserts the bill and forces the mandibles open. This is not the passive movement of opening and closing the bill. Modifications of the bill and skull and of the composition, insertion and size of the muscles responsible for acting on the mandibles are the morphological adaptations which permitted this different use of the bill as a tool. This technique is not common among passerine birds. It is found in a few species of icterids and sturnids. Since the modifications do no appear uniformly in these species, there are variants in gaping (e.g.: in fruit, in ground, in ground litter, in leaves or flowers or in wood). This has permitted icterids to implement new ways of exploiting food niches. 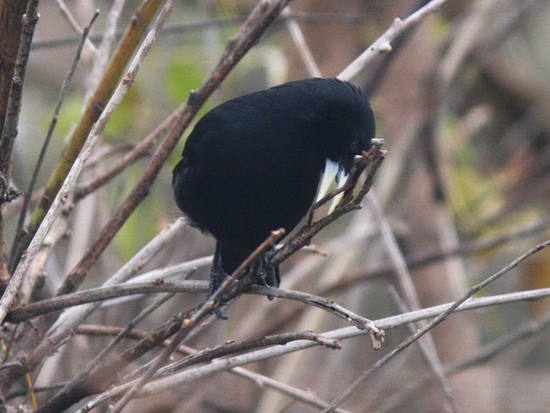 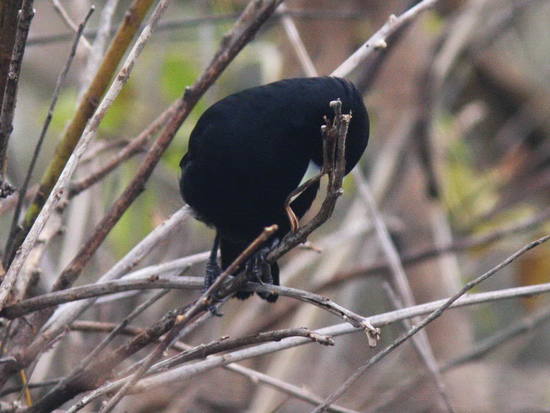 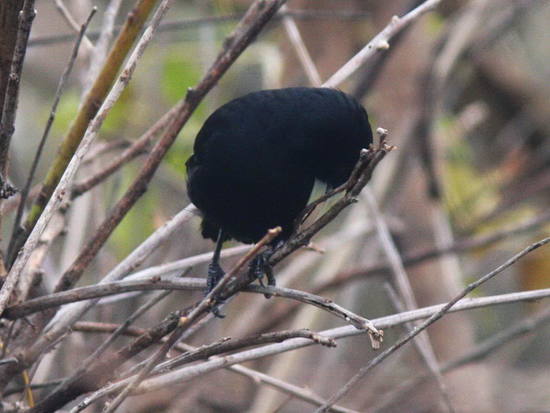 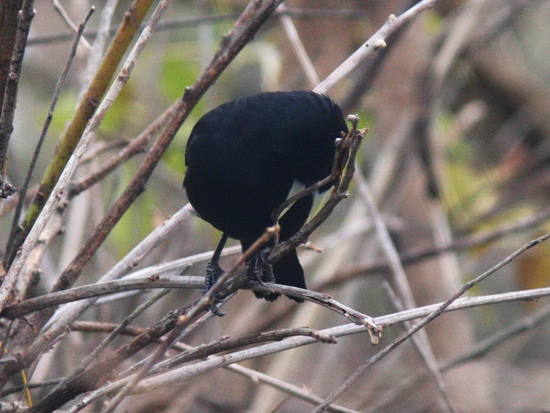 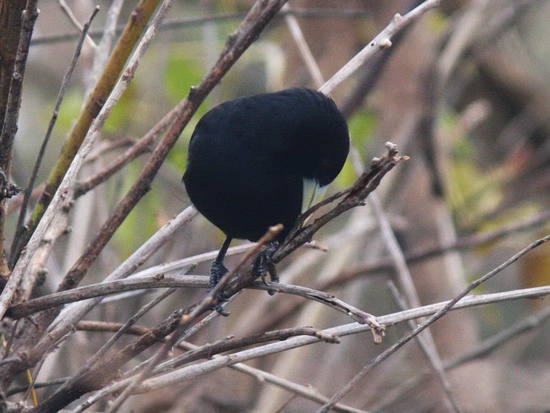 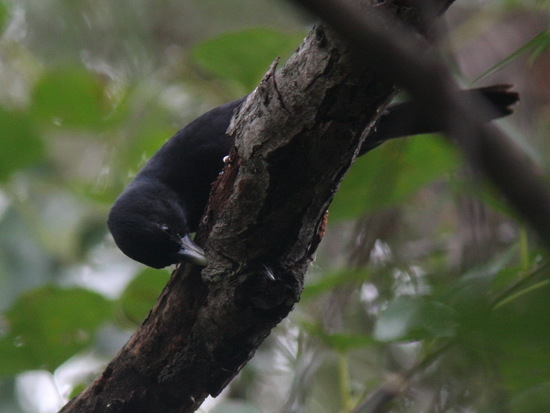 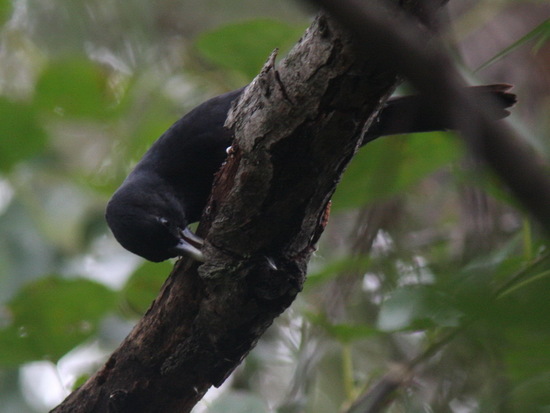 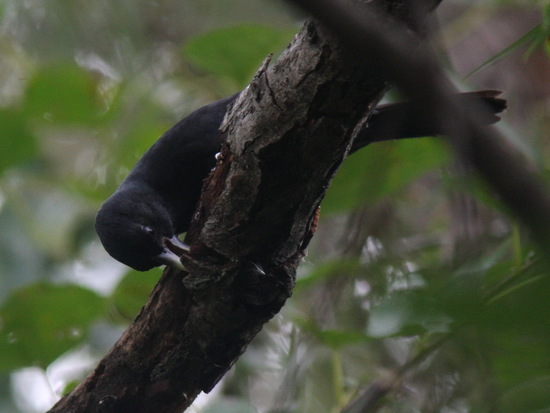 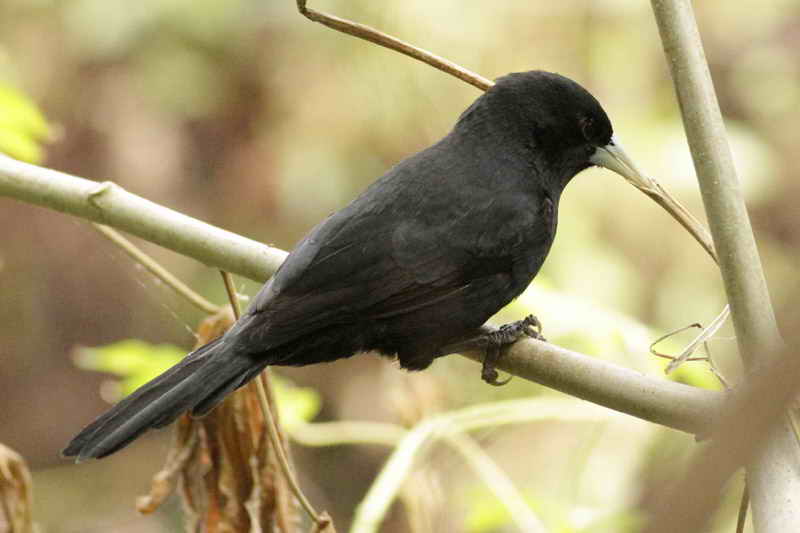 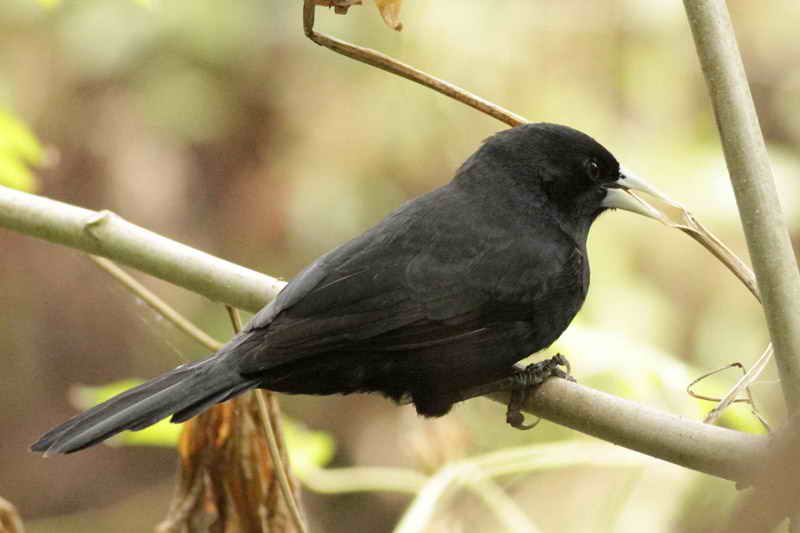