Order Hymenoptera
Family Pompilidae
A characteristic of this family is the predatory habit on spiders, the reason of their name. They are parasites and hunt spiders with great ability. The female is responsible for capturing the host which will become the larva's food. The males look for females to copulate or feed on flower nectar. The female moves with great agility and performs short runs with jumps. It attacks the spider biting their legs using the mandibles and waiting for the spider to react so as to dip the sing to immobilize it. The oviposition depends on the species. It can either lay the egg right away and leave it there or the egg is laid after the prey has been taken to a safe place a hole or a crack - some species dig tunnels too. When the prey has been covered, sealed and adjusted adequately the female no longer takes care of the egg. The larve will feed on the spider.
There are some species which are kleptoparasitic. That is, a wasp steals the hunting product from another wasp. The intruder may either eat the already laid egg to lay her own instead or lays her egg, which will hatch before that of the real hunter's and will eat both the egg and the spider.
Another wasp family, the Sphecidae, use the technique of paralyzing the prey to be consumed later on by the larvae They differ in two aspects. The sphecids provide the larvae with more than one prey, either spiders or insects as well and the majority of sphecids fly with the prey in their mandibles while the majority of pompilids drag them. 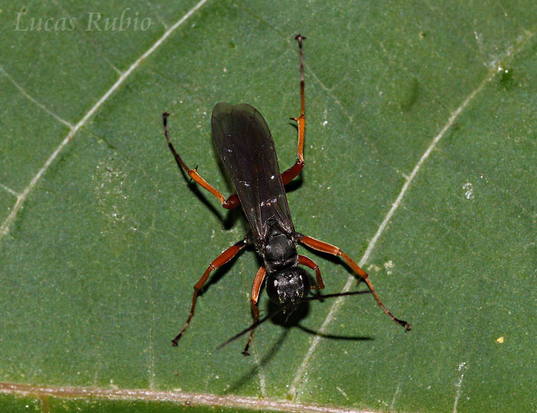 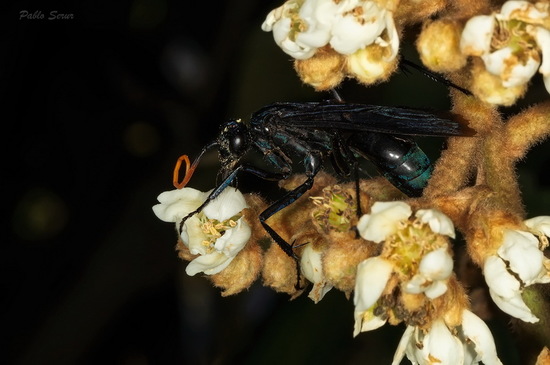 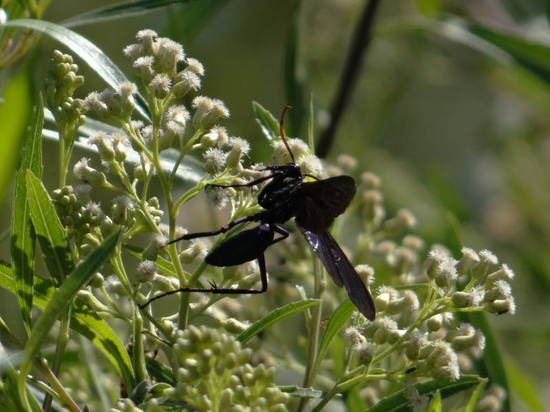 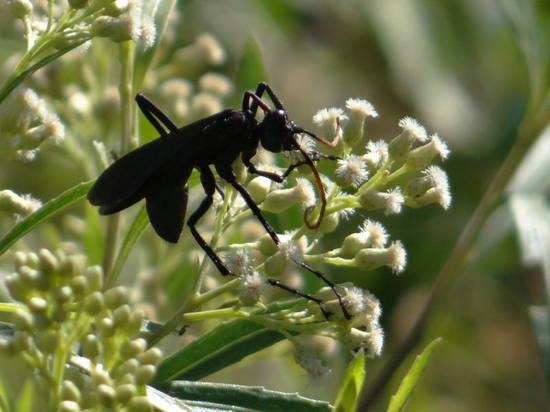 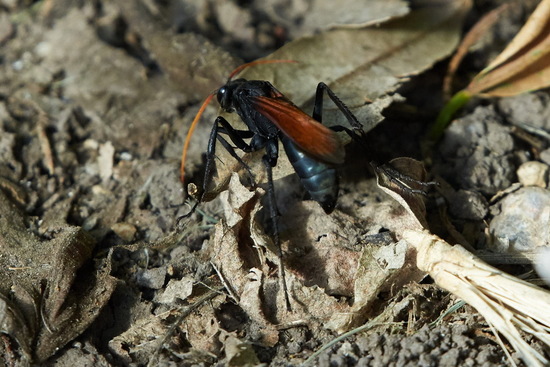 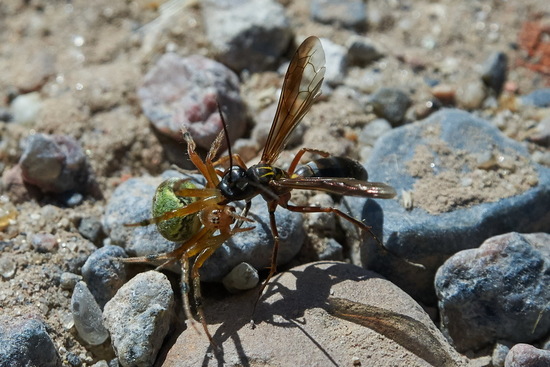 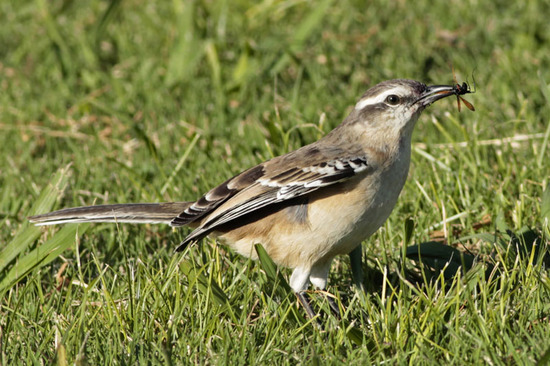