All records since January 2014

A hundred of individuals flew past the reserve following the coastline, certainly on its migration route to the north. Some time later only 70 individuals cambe back. Some reason, perhaps bad weather conditions, caused them to stop. Since they could not find a place big enough to be all together, they scattered in groups. This group reached the chimneys of the electricity plant, circled them a couple of times and disappeared from sight. They possibly landed in the surroundings. Half an hour later a small group of 30 individuals was seen flying north and then south again.

Wood Stork
Mycteria americana
03-05-15 © Cora Rimoldi
On Sunday, 3rd of May at midmorning I filmed this group of woodstorks climbing on to thermal currents to begin their journey to the north. I immediatley associated the scene to their migration. It is by late summer (and this year they stayed till the very end) when these big flocks can be seen. This is not the case when they arrive here possibly because they separate previously, but when they leave they gather in certain places and if you are at the right moment and place you can enjoy this magnificent view.
This group was ascending the thermal current, which means they overnighted at the reserve. There were approximately 75 individuals. I suppose they must have arrived on Friday and had to stay due to the rain. On Sunday, instead, the day was beautiful. At mid morning they took off with the aid of thermal currents. I only saw this group, but luckily from another position Daniel and Martín observed another group flying from the south and tell us these two groups joined. 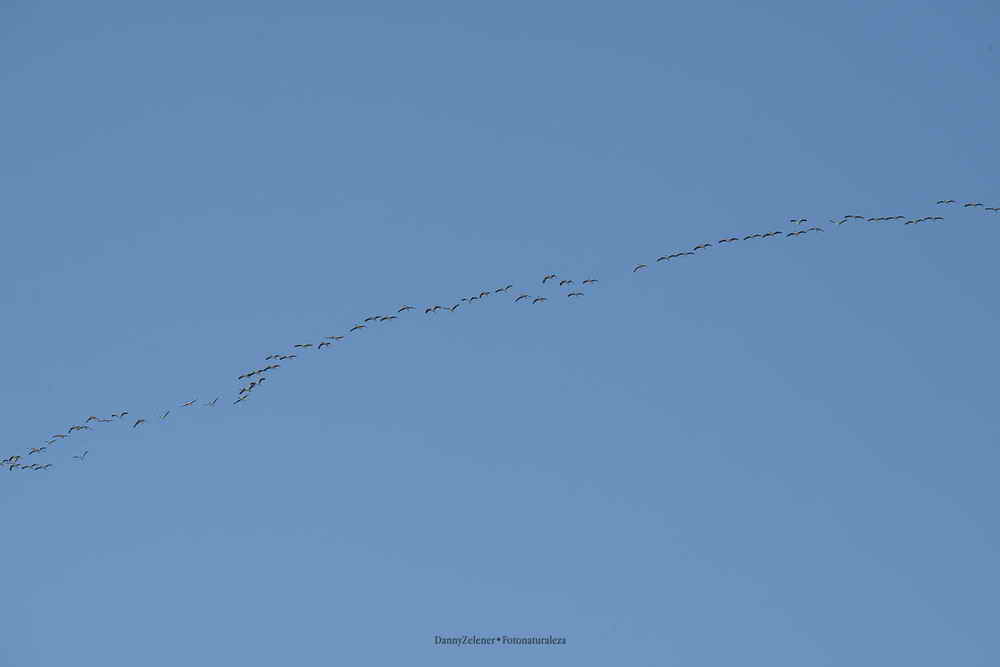 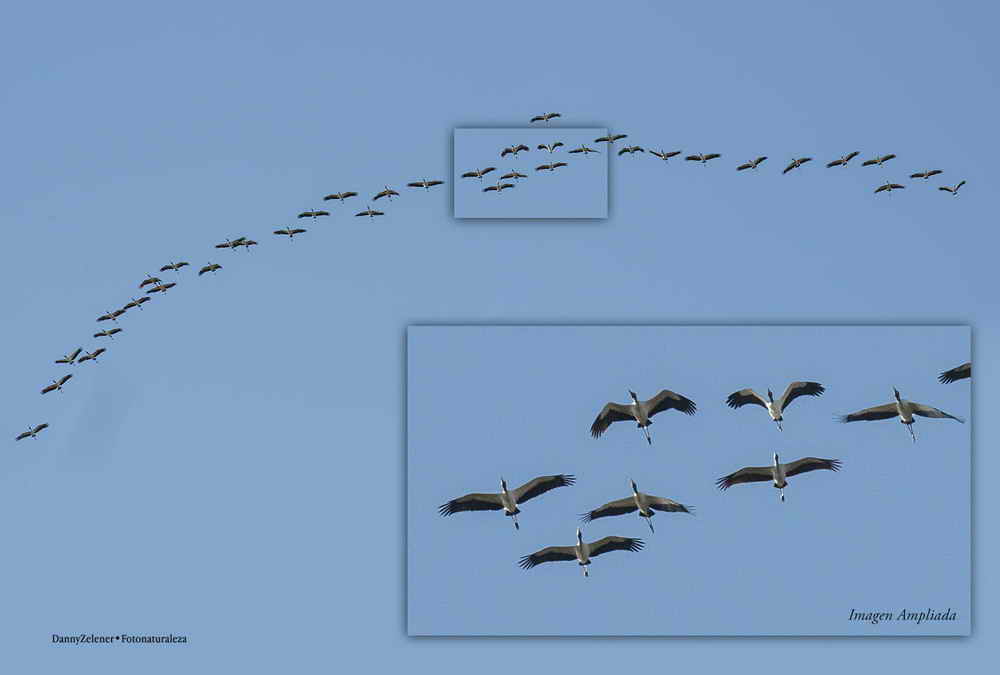 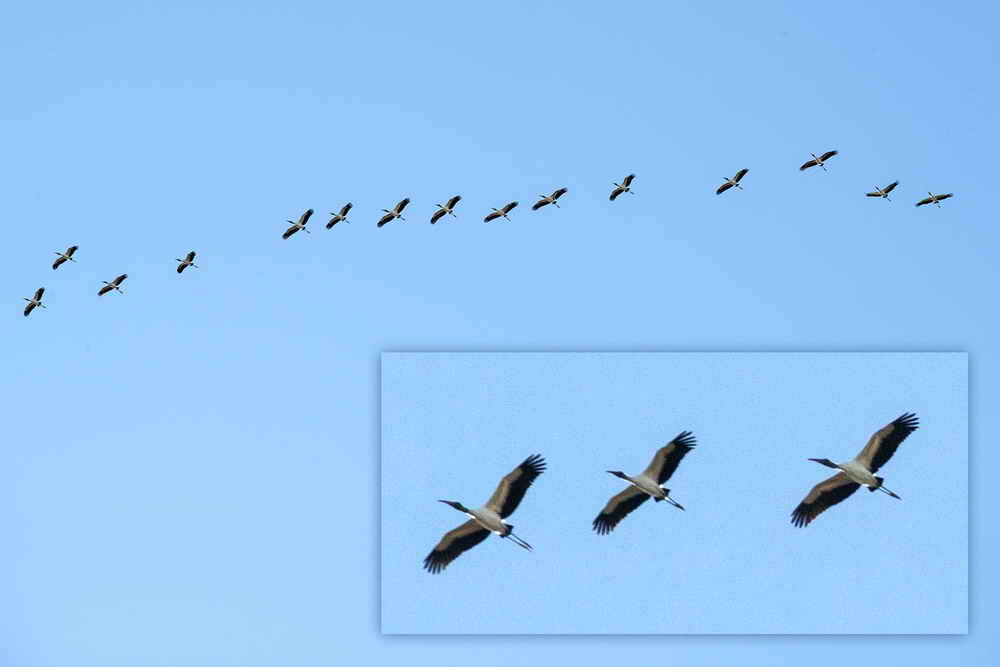 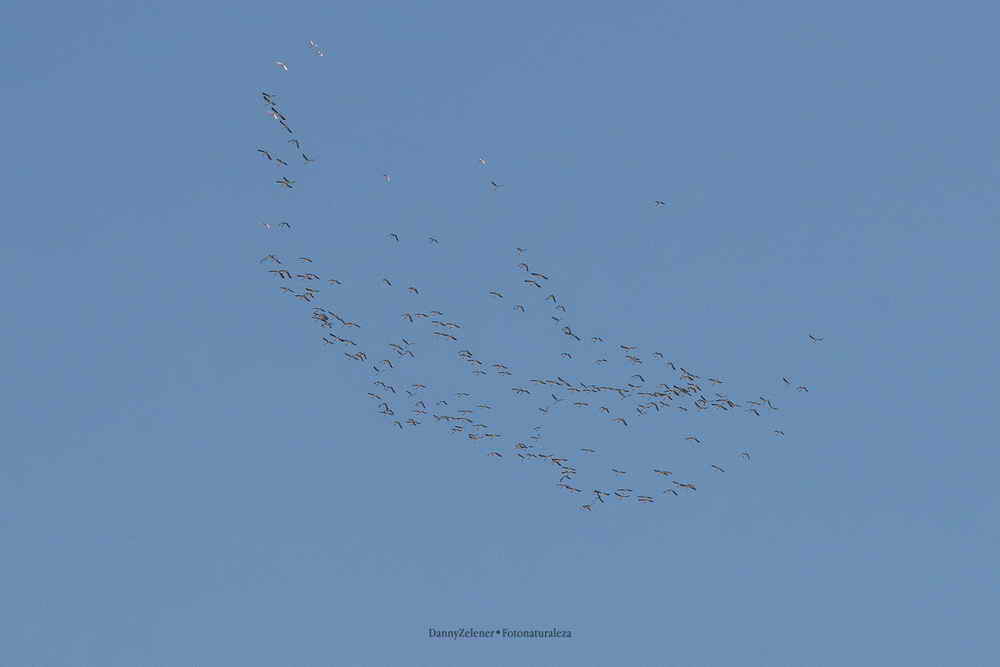 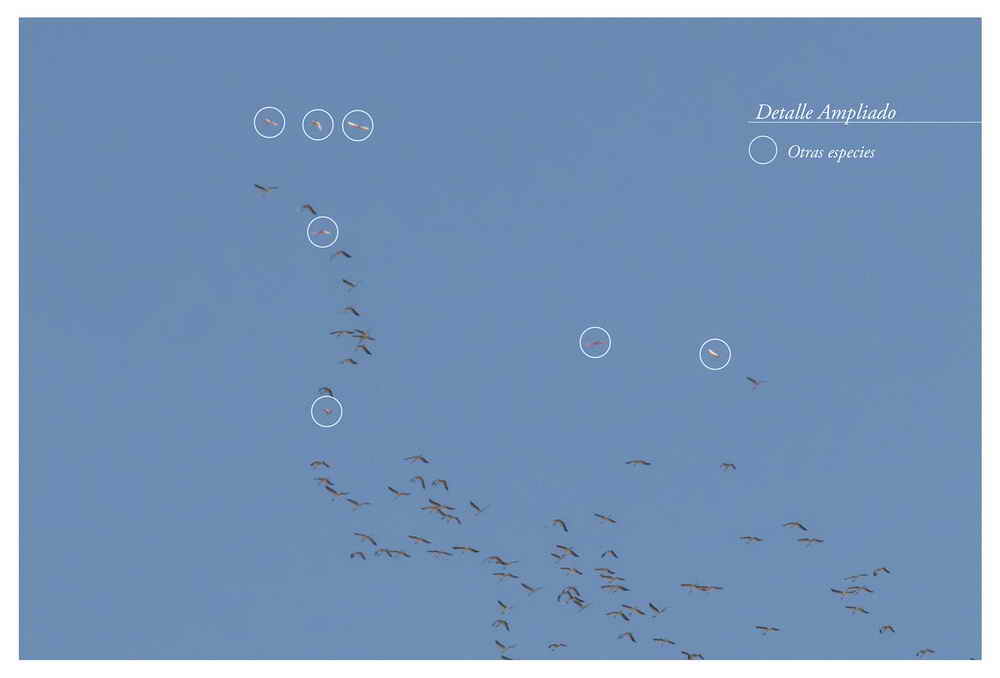 Photos taken at 11:39.
But this is not the end of the story. On Monday Diego Bastías photographed another group which was ascending the thermal current. This means there must have been more bouts of woodstorks and this group descended here to overnight. 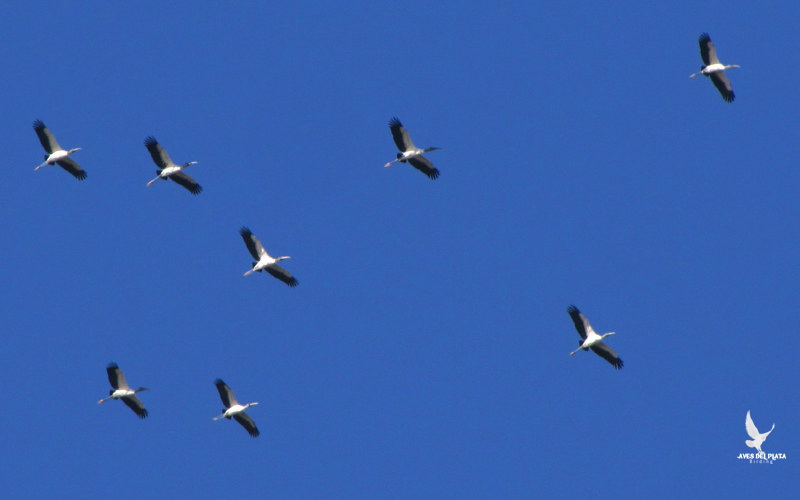 320 woodstorks either passed or stayed at the reserve during migration as is accounted for by the photos, but there may have been more. This fact makes us evaluate the importance of this reserve. Not only for the life it supports and we daily see but for those that use it as a stopover to rest or feed. The woodstork is one these examples. It does not stay long at the reserve but overnights here in their migration journey. Get to know and spread the potentialities of the reserve helps to reinforce its value.