In several duck species males have a vivid colouration meanwhile females are brown. As they go in pairs the male solves the problem of identification and the female goes unnoticed. So when females are found alone we realize we did not pay due attention to them.
Both in water or flying they show identification keys.
Standing or in water with folded wings both have white spots on the face, a green speculum (not always seen), rosy legs and as it was said an overall brown colour, but....
Ringed Teal
Callonetta leucophrys 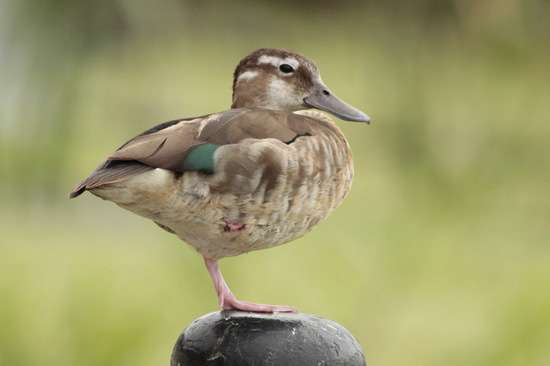 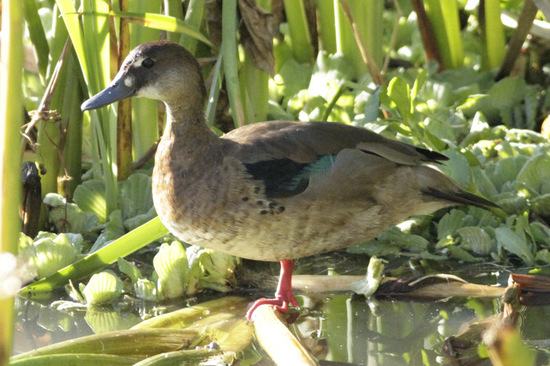 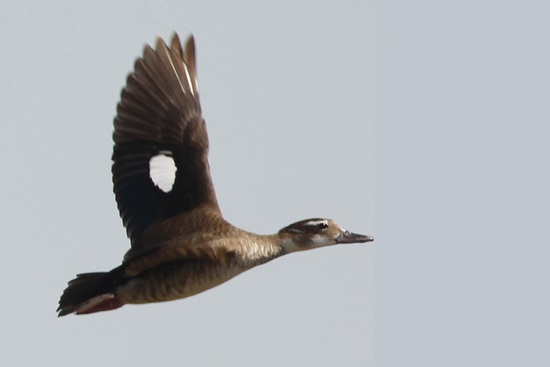