Famous for its honey produce and its pollinating function this bee is the most distributed around the world. It has been domesticated by man and there are now more than 30 races. It is native to Europe, Africa and part of Asia. So, no matter how beneficial it may be, it is still an exotic animal among us.

The colonies are formed with a queen, workers and drones. All of them originate from the same type of egg. The food provided to the egg marks the difference. If an egg is fed on royal jelly, a queen will emerge. If it is fed on pollen, a worker will. The queen is bigger than workers and never leaves the hive unless it will swarm. The workers perform different tasks. One of them is to collect nectar, pollen and water. The bees suck nectar and store it in their crops to take it to the hive, whereas pollen is carried in special baskets named corbicles which are at the rear legs. The drone is the male element of the colony and its function is to find a queen to mate during nuptial flights. They are bigger than workers, have larger eyes almost surrounding their head and have no stinger. 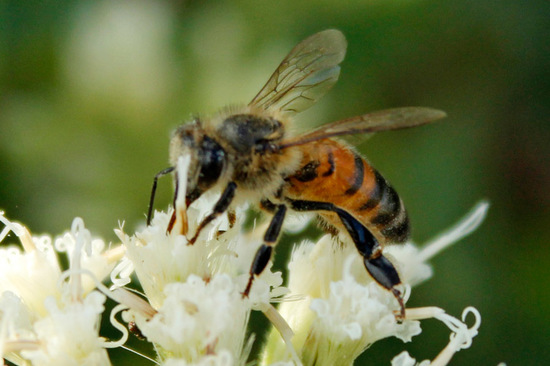 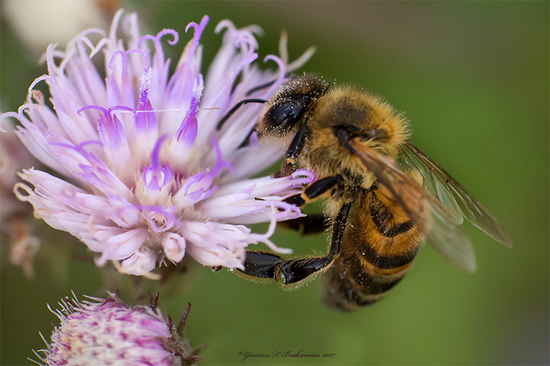 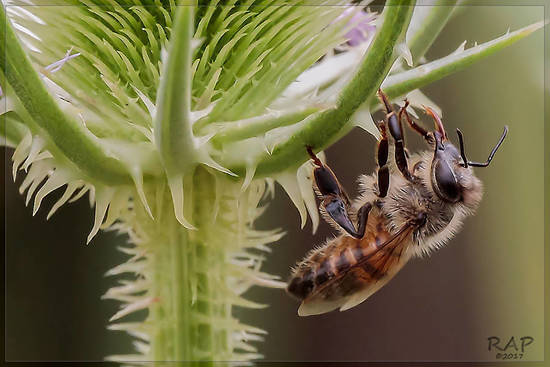 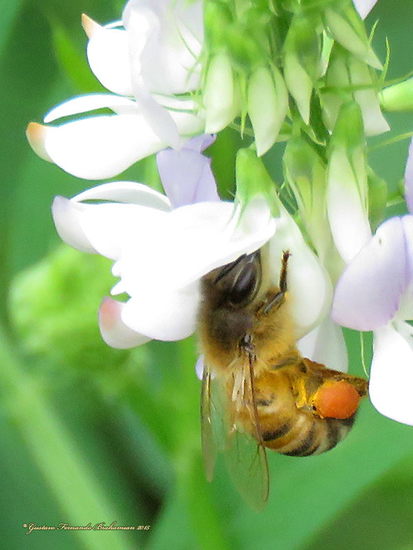 Two swarms
Within a few days difference a swarm of bees and another of ants were captured. Both bees and ants belong to the Order Hymenoptera and have evolved from wasps (also in that Order). Commonly we call swarm to a massive group of insects. Anyway, there are other characteristics which are associated to the reproductive function and the beginning of a new colony 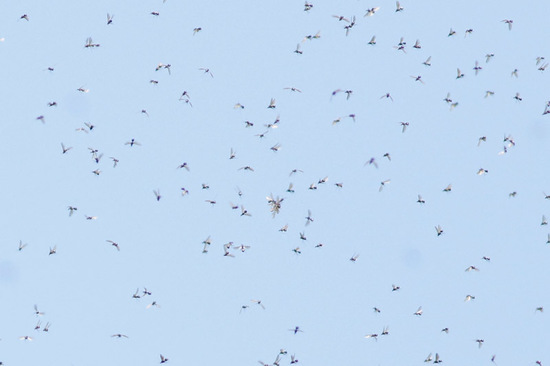 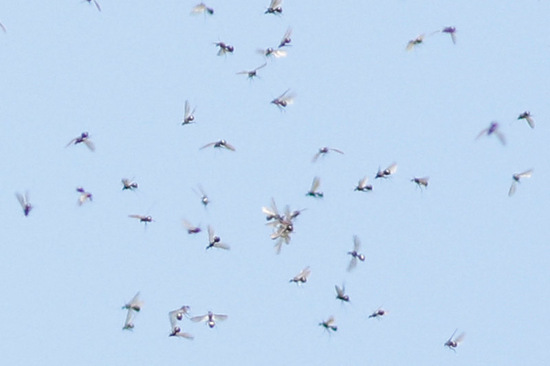 
In the case of ants a swarm is a cloud of winged males and females which massively get out of the nest for the swarming or nuptial flight. Workers are apterous, wingless, hence they do not take part in the flight. During the swarm females and mates coputate, after which males die and the females will dig a chamber where she will found a new colony. That is why, the swarm takes place after heavy autumn or spring rains when the ground is soft enough for females to dig. 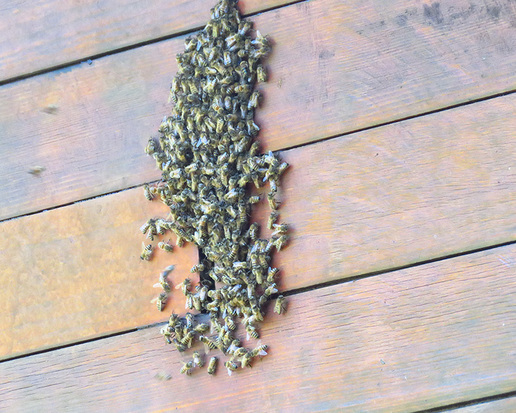 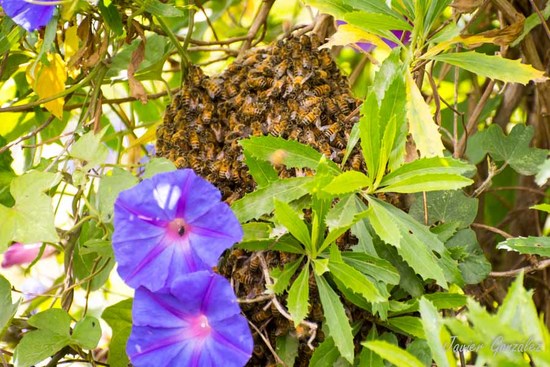 
In the case of bees the swarm is formed with a group of bees which separates from an existing colony. This occurs when the colony becomes too crowded and a feeling of discomfort puts the swarm into motion. The bees force the queen to lay eggs in cells prepared by them. Out of these eggs new queens will eclose. Only one of them will keep the colony. The old queen, already carrying eggs, and her followers (a few drones and worker bees) leave the hive with a provision of honey for some days. They fly to a nearest structure or tree where they cluster. They stay there temporarily till the scout bees find the new home.