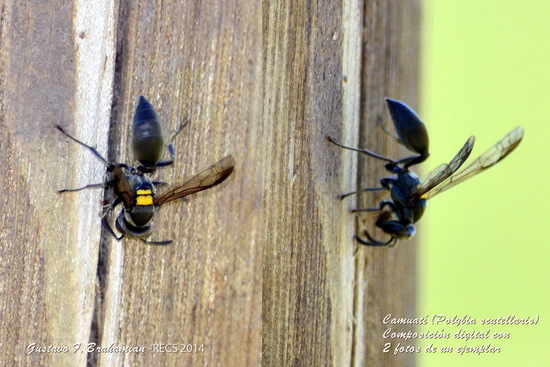 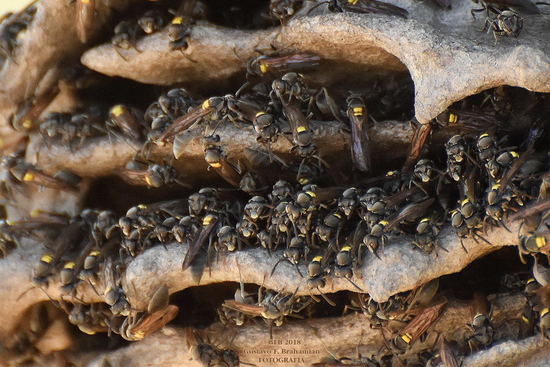 26-01-18 © Gustavo F. Brahamian
The camuati is a social wasp settled at Costanera. Active and abandoned nests have been detected. This wasp has two very conspicuous yellow lines on the thorax and an entirely black abdomen besides the typical wasp waist.
To say wasp is a cause of alarm and rejection. Nevertheless, the camuati wasp is far from being a problem. It is rather an ally.
The camuati wasps are one of the few wasp species which produce honey. As they collect nectar, necessary to make honey, pollen is attached to them and transported among flowers so contributing to pollination. They also prey on insects, which are crop pests, becoming an effcient biological pest control. They are not agressive. They only sting when feeling threatened and the sting is not harmful to humans. An active nest gives security to birds nesting nearby since wasps'nests intimidate predators. And an abandoned one provides them with honey or trapped insects. 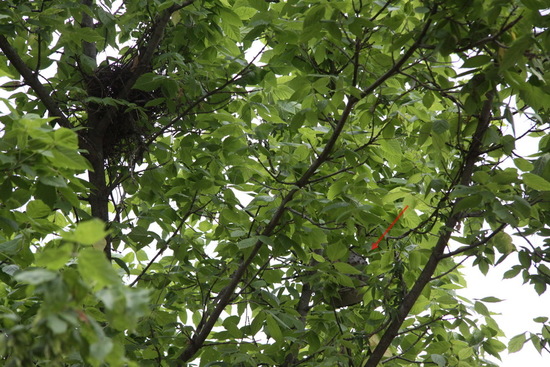 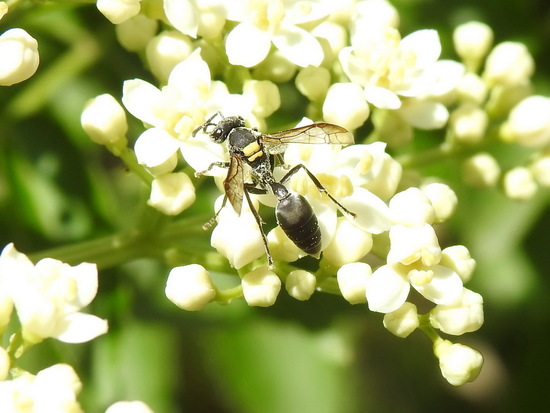 The wasp nest
The wasp nest ia also called camuati. It is built by preparing a paper mache with vegetal fibers which are chewed and wetted with saliva. Outside a new camuati is almost rounded with an opening. The surface is not smooth; it has spiny projections. The nest is grayish and waterproof.
Inside there are combs arranged in a parallel way. Each comb is a plate with the exagonal cells on one side. Between one plate and the following there is free room and a corridor connects the combs to the outside. 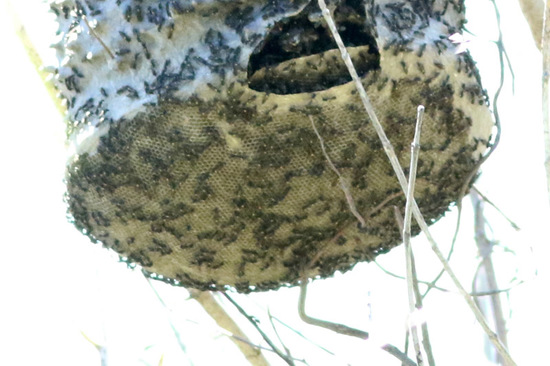 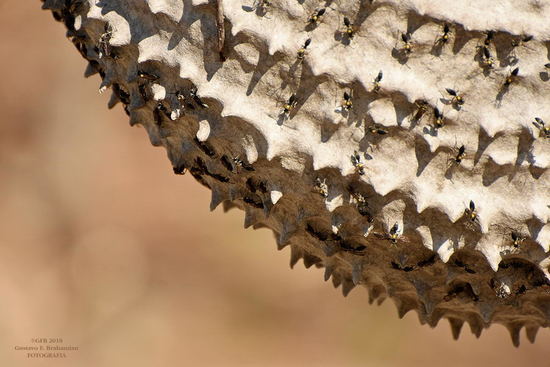 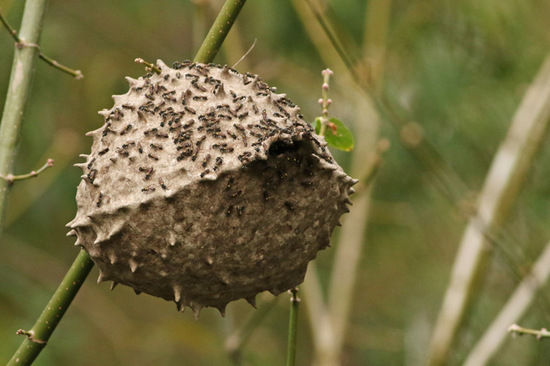 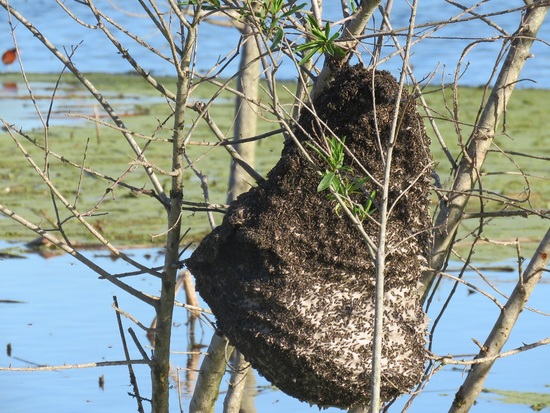 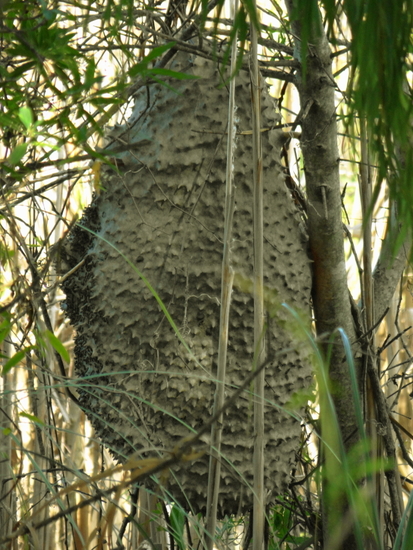 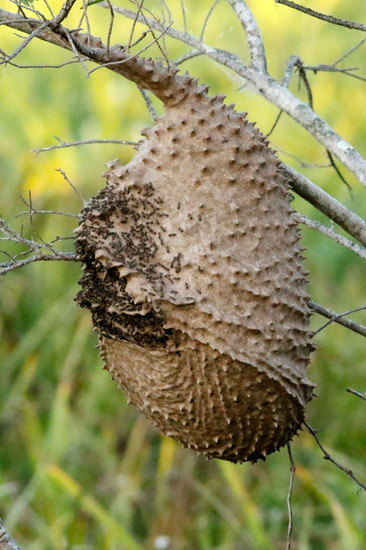