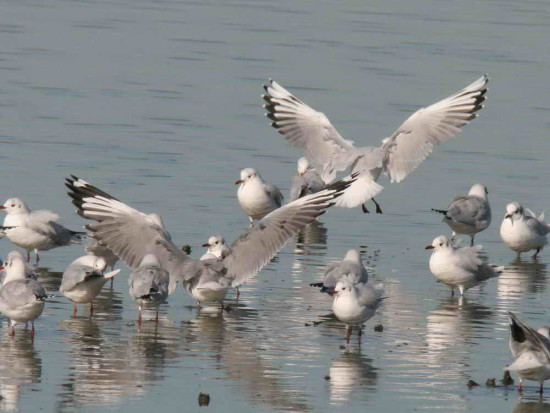 The dorsal pattern of the wing is also different. The black band near the wing tip is more extensive in the grey-hooded Gull.

Clic on photo to enlarge. In this case we compare the grey-hooded gull with the surrounding gulls. Colour of iris, colour of the back and the black-white distribution on end of wings stand out. To look for differences in a photo is easier than on the field, but this training helps to develop an eye to know what to pay attention to.
Fotos 2007 © Roberto Ares. Texto: Javier Ubiría – Cora Rimoldi