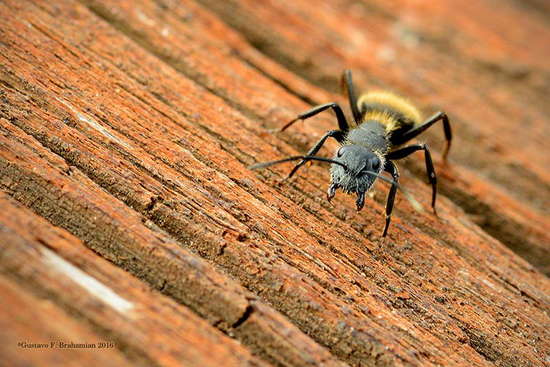 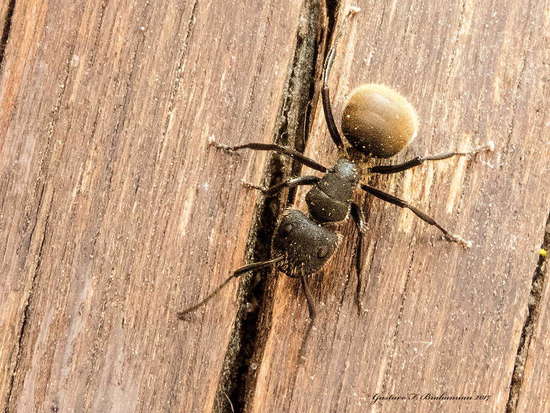 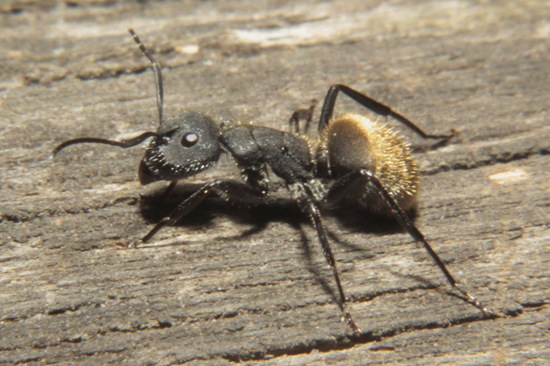 07-04-12 © J. Simón Tagtachian
This carpenter ant is black and has short, erect hairs covering all the body. Its abdomen has longer and flattened hairs, which gives it a golden colouring. Carpenter ants do not consume wood. They collet sucrose solutions from plants and aphids.

04-03-12 © Roberto Ares
The mound of sawdust was not fortuitous. This was part of the material removed by these ants which were hollowing out the trunk of this live tree. The rest was scattered on the ground. As long as we stayed there they kept dumping material continuously. They emerged out of the hole, reached the edge, emptied the load and went back. Sawdust was of different sizes, sometimes as long as the ant itself. We put a finger near one of them to have a size reference point. It stayed montionless and showed no aggressiveness. Neither were they aggressive when the earwing passed by. Nevertheless, the visit of a wasp did not pass unnoticed. Unluckily the action was not filmed, but the ants near the scene attacked the wasp in unison. The day before a wasp had been laying eggs in the surroundings.