Order Pseudoscorpionida
Since the members of this family are difficult to be determined, even at a family level, they are simply false scorpions.

They belong in the Class Arachnida. They look like scorpions, but they lack the stinging tail. Through it scorpions inject venom. Pseudoscorpions, instead, use the pedipalps, the two appendiges which extend from the prosoma (anterior region of the body) . They feed on mites, springtails, dipterans, booklice, larvae of different species. 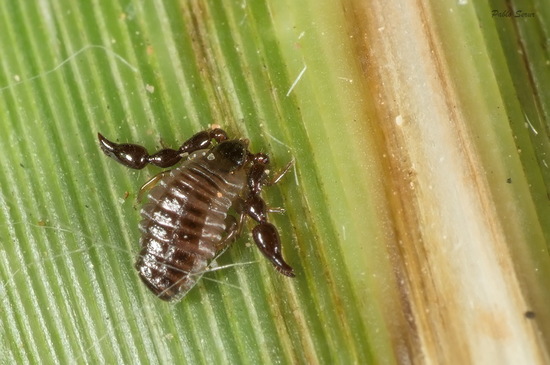 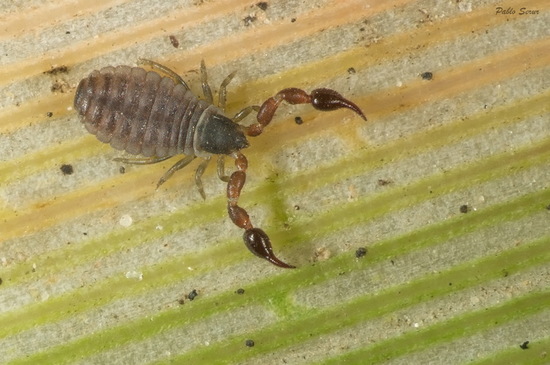 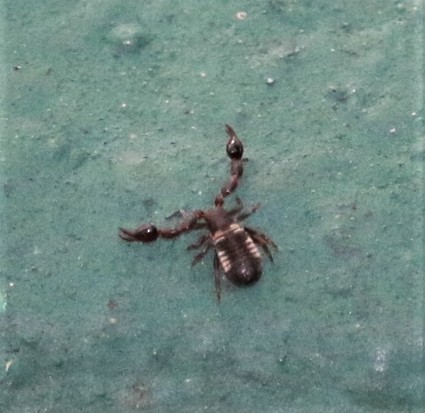 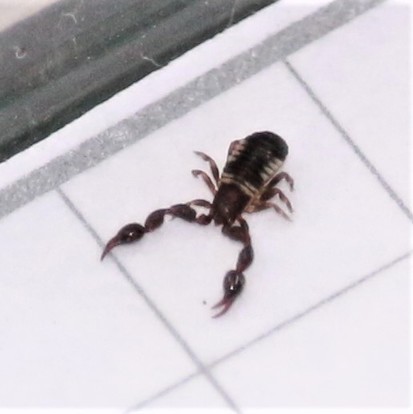 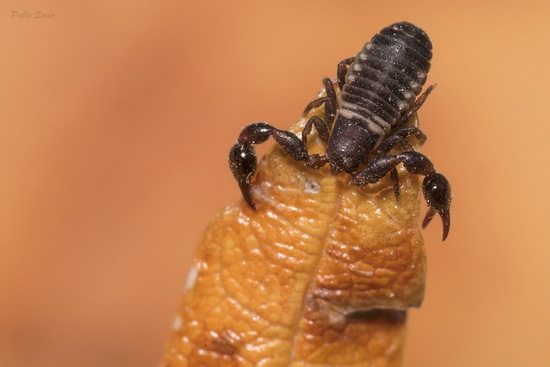