The way these birds grasp on branches shows their foot arrangement. Two, out of the four toes, wrap it from the front and the other two from the back and the same occrus when they stand on a smooth surface. This arrangement of two opposing pairs of toes (DII-DIII and DI-DIV) is known as zygodactyl foot and is one of the modifications which derives from the anisodactyl foot, which is the first most common toe arrangement among birds.

In the anisodactyl foot three toes (digits DII, DIII and DIV) point forwards and one (digit DI or hallux) points backwards. In the zygodactyl foot the digit DIV rotates and moves backwards to form this configuration of two opposable pairs. Zygodactyly is the second most common toe arrangement and must not be confused with heterodactyly with the same configuration but in the format DIII-DIV (forwards) and DI-DII (backwards). Trogons (present in Argentina, but not in Costanera) are the only family to have developed this toe arrangement.

Zygodactyly is present in Cuculids (cuckoos), picids (woodpeckers) and psittacids (parrots). Since these families are not closely related zygodactyly is thought to have developed independently. Though they share the structure of two opposable pairs (DII-DIII and DI-DIV), the muscular anatomy is not the same. Muscles, tendons and bones are organized differently and along with other characteristics typical of each of these families exhibit specific functions. Neither a Guira Cuckoo nor a parrot climb trees like a woodpecker and neither a woodpecker nor a cuckoo grasp food like a parrot.
Guira Cuckoo
Guira guira 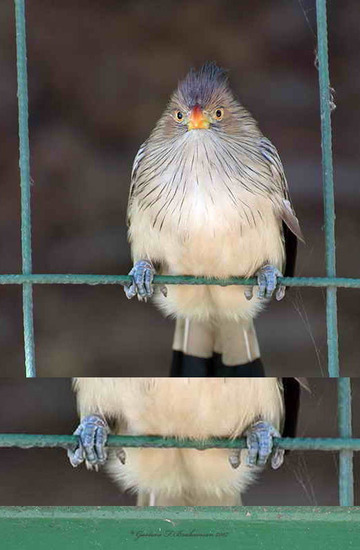 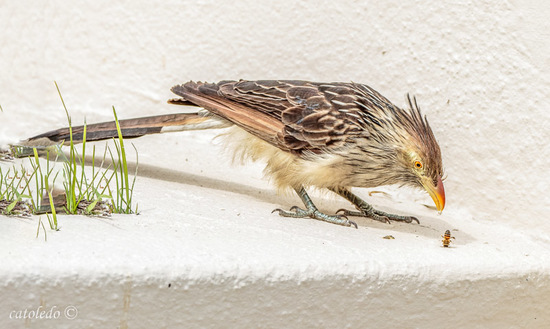 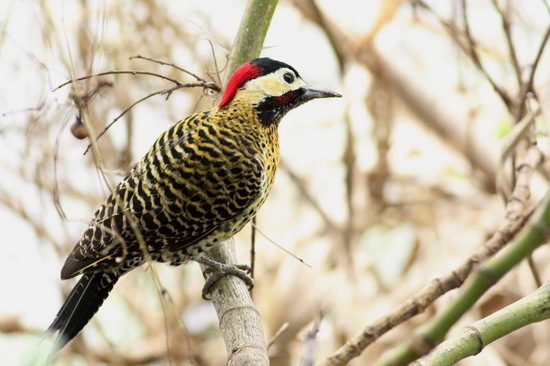 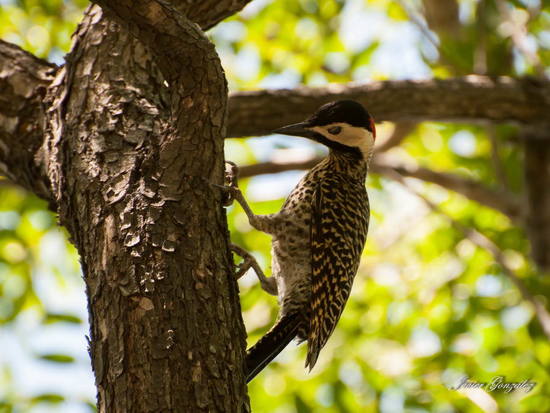 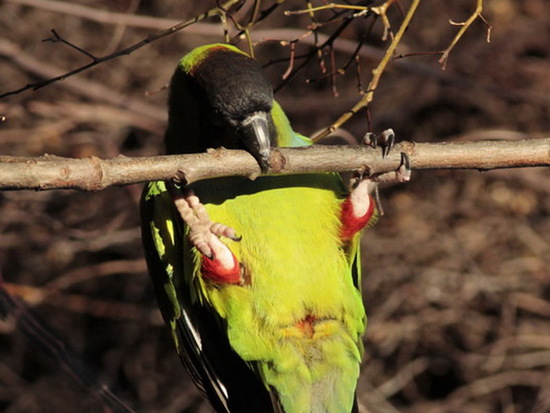 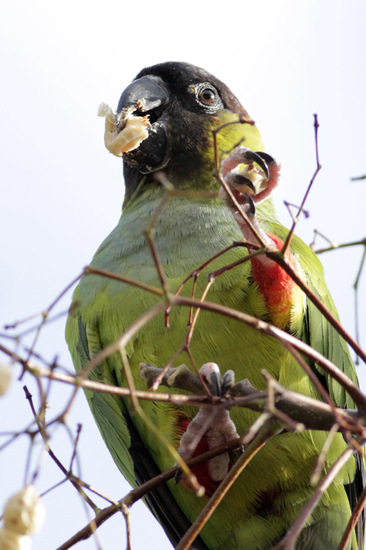